Chkalovsk – Vancouver» vodka is a unique product in many ways.

The first is a tribute to the great feat of our famous pilots who created the great Russian and Soviet aviation, multiplied the glory of the country. «Chkalovsk – Vancouver» vodka released to the 80th anniversary of the great flight. The «Balsam» factory  is located in the town named after Chkalov – Chkalovsk, Nizhny Novgorod Region, a picturesque town on the great Russian river Volga. That is why the company considered important to salute our great compatriot with the release of such a product! The second is the approach to the production of such a special product.

To date «Chkalovsk-Vancouver» vodka  is produced from the best «Alfa» alcohol. It goes without saying that the production of such an exclusive product cannot be massive. This product is made only manually: from the most surprisingly soft and ultra-high-quality beverage inside, and unique manual design. The water for «Chkalovsk-Vancouver» vodka is used exclusively from its own artesian well. The main principle in the production of this vodka is thoroughness and unhurriedness. Slow water purification through multistage filters. Careful procedures of reusable quality control in the course of preparation.But there is one more peculiar moment in the production of vodka, to which few people pay attention even among well-known manufacturers – this is «vodka rest». According to state standards, after 2 hours of the last filtration of vodka, it can be poured. But if you do it this way, then vodka in the bottle after opening will really «beat on your nose» with some kind of pungent smell which, however, goes away in a few minutes.However, the taste may also seem intense. In an experiment, at the «Balsam» factory, the technology of  «vodka rest» was developed – after the last filtration stage, vodka was driven (by pumps) into pressure tanks that are on the floor above the bottling lines.And in these tanks vodka should stand quietly for 5-7 days. After that, it flows under gravity into the pour.The main point in all this is the absence of mechanically active influences (such as pumps) on vodka before closing it in bottles. The presence of such pressure compartments is not, in principle, regulated by state standards, but at «Balzam» factory a whole second floor is «dedicated» to them. Another important point that could adversely affect the taste of vodka is the so-called «mixing of spirits».With mass production of a vodka at any enterprise, such a factor is inevitable – alcohol comes from different suppliers all the time, the process of mass production does not tolerate interruptions, the alcohol residues from the previous delivery are mixed with a new one. According to state standards, this can be done, because alcohols from different deliveries, it would seem, are absolutely the same type. But in practice it often turns out that vodka made from such «intermediate» batches seems intense both in taste and smell. In the production of elite, and therefore low-circulation Vodka «Chkalovsk – Vancouver» is always strictly used only one delivery of alcohol from only one manufacturer. And it guarantees the highest quality! 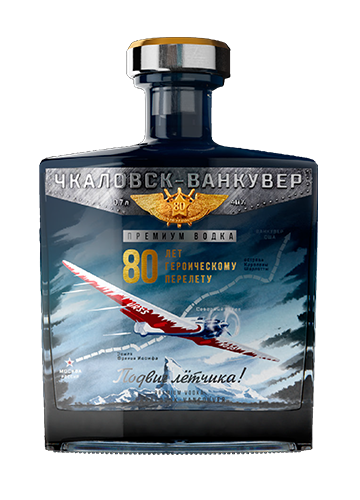