Vineyards occupy 10 hectares in the Ararat Valley. Altitude 800 meters. Nowadays in the vineyard, only white Kangun and red Haghtanak are fruitful. The age of the vines is about 15 years.

Tushpa is a traditional Armenian winery that has long been owned by the family. The winery is named after the historic city of Tushpa, now known as Van, where the ancestors of the winery come from. The winery is located in the heart of the Ararat Valley, 35 km west of the center of Yerevan, at the foot of the biblical Mount Ararat.

The head of the family Mihran Manaseryan has been engaged in winemaking since 1983. He served as the head of one of the wineries of the ARARAT Trust. The wines of the Tushpa brand were very popular and famous in Armenia, as well as abroad. At the beginning of the 21st century, the Manaseryan family decided to pay more attention to the production of brandy and eventually completely went into the production of Armenian Cognac. After 15 years, Tushpa returned to the wine market and was able to adequately remind herself of her amazing wines. Now Mihran Manaseryan is being helped by his sons Abraham, Karlen and daughter Ani. The eldest Son is engaged in the production of white wine, Karlen is promoting and selling, and Ani is responsible for tourism in the company. 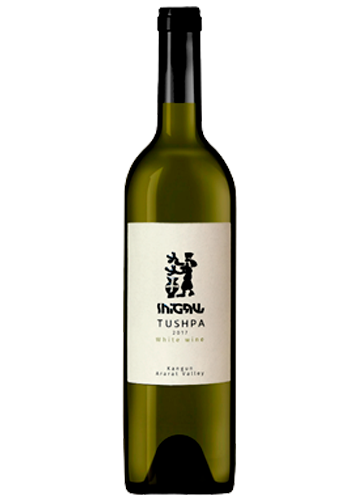