Oleg Repin, one of the best Russian winemakers, is the author of a wine project of his own devoted to uncovering the potential of Crimean terroirs. Although his wines are available in retail stores, it is not easy to find them: the demand exceeds the supply.

The project owns a two-hectare vineyard in the hot and arid terroir of Sevastopol. The soils are infertile and carbonate-saturated, with the prevalence of coarse pebbles and an abundance of clayey and limey rocks. Geographically, the vineyard sits on a plateau located between the valleys of the Belbek and the Kacha Rivers, at elevation of about 150 m above sea level.

The vineyard was planted in 2011 with grapevines imported from Guillaume Nursery, France. The density is 4,000 vines per hectare. The two varieties planted are Cabernet Sauvignon and Syrah. Oleg himself controls the farming techniques and the harvesting process. The first commercial harvest from this plot took place in 2014. Before that, Oleg Repin was already buying Riesling and Pinot Noir grapes from viticultural farms of the Belbek Valley, and Kokur Bely (White) from East Crimea.

Currently, Oleg Repin ™ wines are made at Satera Winery in the village of Dolinnoye. According to the philosophy of the project, wine must be born in the vineyard. All grapes are sorted twice before fermentation: in the field and then after the destemming process. White wines are fermented in stainless steel tanks at low temperatures. For red wines, fermentation using wild yeast and post-fermentation maceration of the must are used. Initially the wines were aged in Carpathian oak barrels, but lately they have been gradually replaced by French casks. The design for the construction of its own winery on the bank of the Belbek River has begun.

The team of the project is Oleg Repin himself. Oleg is one of the first new-wave oenologists in Crimean winemaking. A graduate of the Ukrainian State University of Food Technologies, he worked for several Crimean winemaking projects, including Sofia Perovskaya. Now he holds the position of Head Winemaker at Satera Winery. In his personal project, he does everything – from viticulture and winemaking to marketing and promotion. 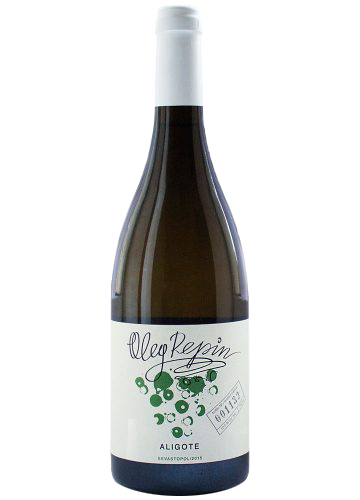