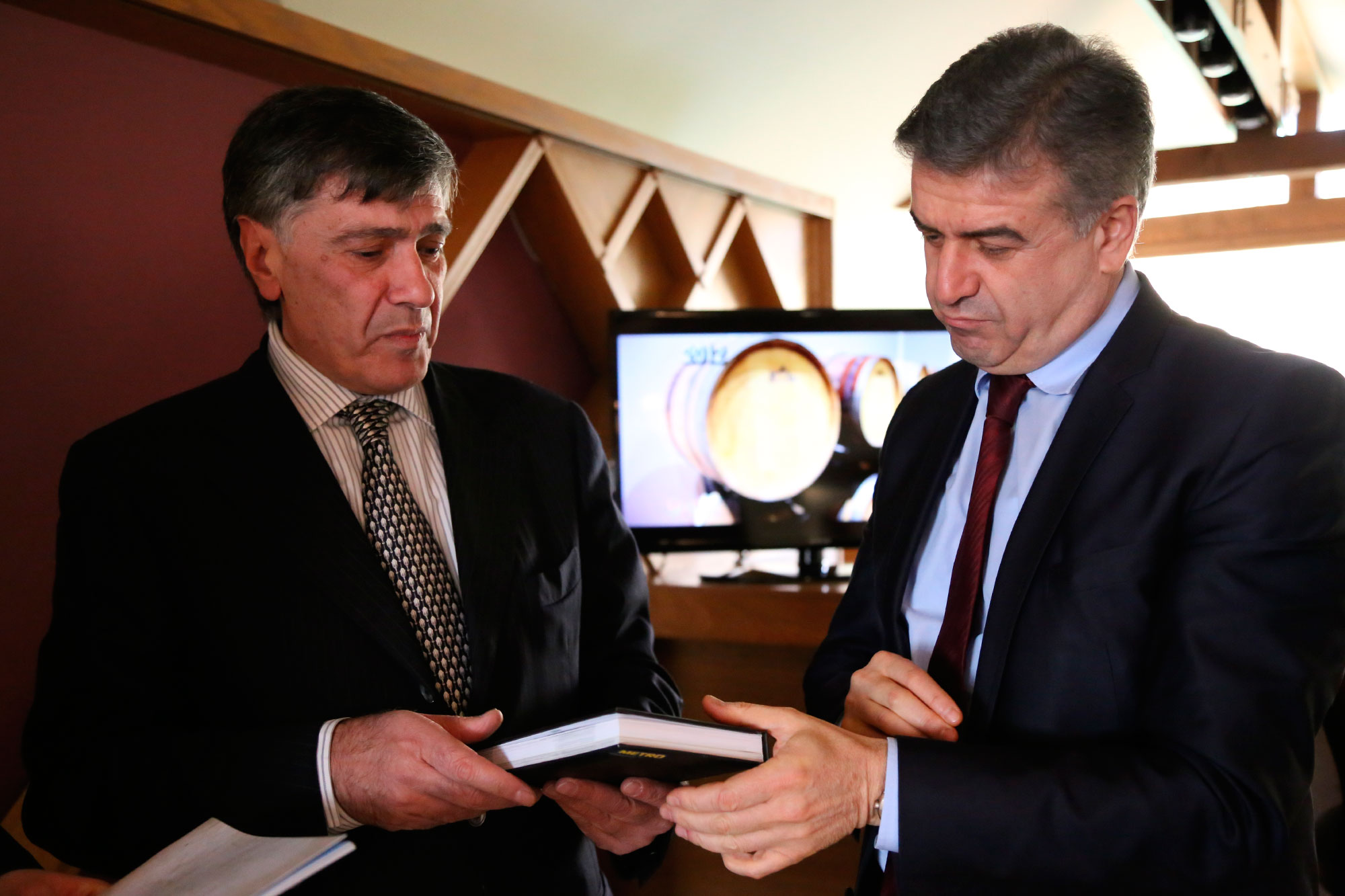 With the Guide “Wines of Armenia” met at the highest level

The winery ArmAs, the wines that in the nearest future will be presented in Moscow by “New Wine Company”, was visited by distinguished guests. ArmAs is one of the leading wineries of Armenia on the area of its own vineyards. In recent years was laid more than 100 hectares, much of which is endemic grape varieties.

For introduction with the modern project, in the region of Aragatsotn came the Prime Minister of Armenia Karen Karapetyan, who headed the Government in 2016, and Ignatius Arakelyan Minister of agriculture. Mr. Arakelyan is one of the famous and influential representatives of winemaking in Armenia. Before assuming the post of Minister in September 2016, he worked as Executive Director of Yerevan brandy factory. During the visit, the owner of the wine sector Armen Aslanyan and his daughter and director of  ArmAs Victoria Aslanyan gave to the guests, which determine the current state policy in the field of winemaking, the Arthur Sarkisyan’s Guide “Russian wines” and “Wines of Armenia”.
“Wines of Armenia” — the first and most complete guide of modern winemaking of the the country, released in 2016 in the Russian language. In the nearest future planning the English edition of the guide.
The head of the Armenian Cabinet of Ministers positively appraised the work of the Head of the Sommelier Union and experts of Russia on promotion of quality of Armenian wines to the important export market. In the nearest future a meeting of the Minister Ignatius Arakelyan and the author of the guide, chapters SSER Arthur Sarkisyan will discuss prospects for the development of the brand “Wines of Armenia” on the Russian market. 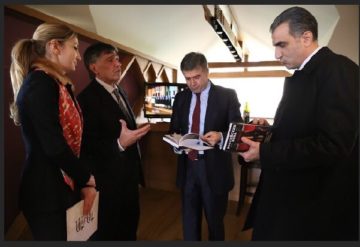 An Interview With Arthur Sarkisyan