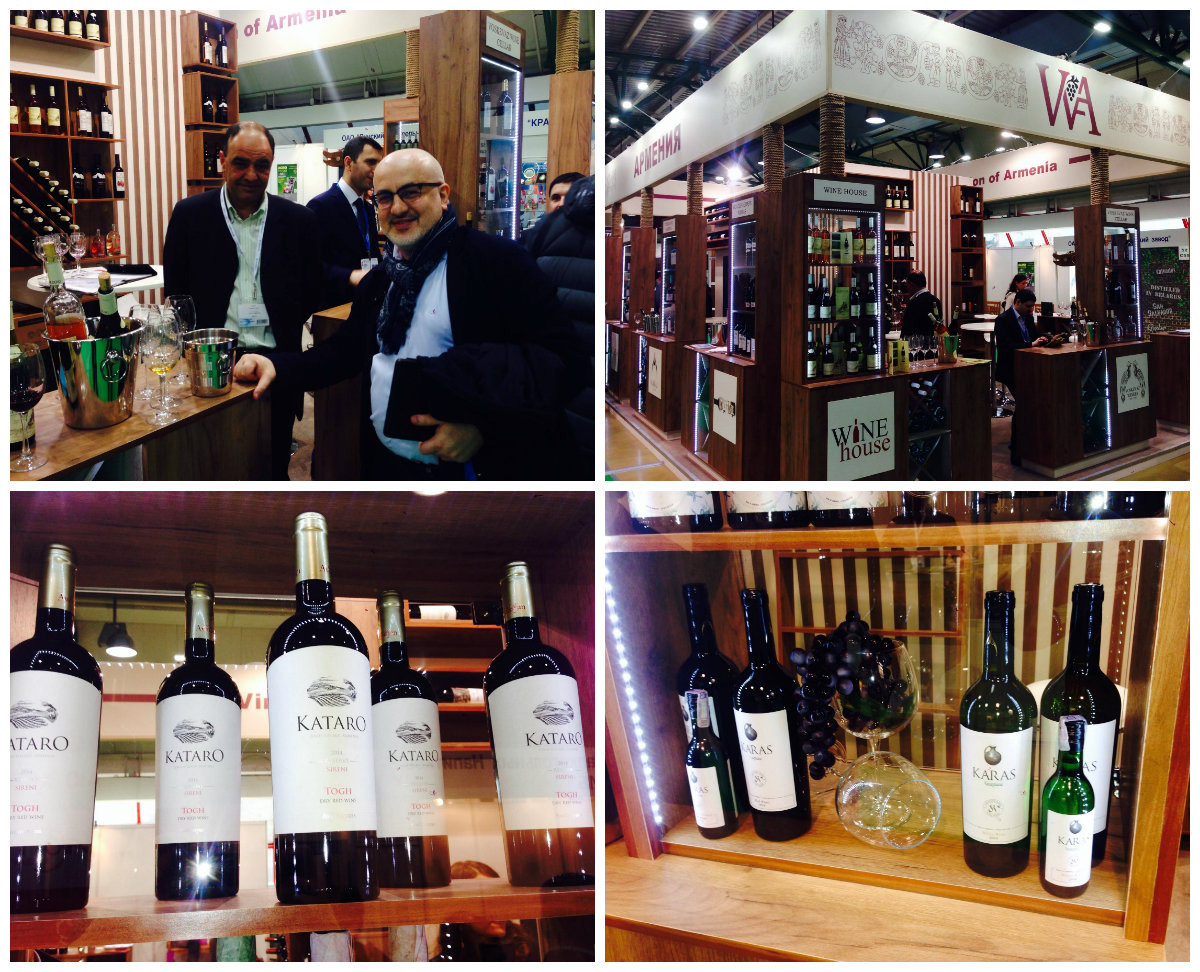 Wine premieres from the suppliers of NWC at the “Prodexpo-2017”

Several wineries-suppliers of “New Wine Company” presented their wines at the Anniversary 25th International exhibition “Prodexpo” held in Moscow in February of this year. The wine projects had introduced exclusive new items, many of which are difficult to find in Armenia.

On the stand, organized by “Prodexpo” with the support of the Vin and Wine Foundation of Armenia, was presented 5 projects from the portfolio of “New Wine Company”: Karas, Keush, Kataro, Koor and Voskeni. Each of the wineries prepared their premieres for the exhibition.

Participants of the exhibition, for the first-time could be introduced reserve blend from Koor (50/50 Areni Black and Khndoghni) and the newly released basic wines of the draft harvest 2015.

Grigory Avetisyan, the head of the project Kataro brought to Moscow wine Sireni (backup version of the basic wine varieties Khndoghni aged in Karabakh oak tun). In addition, on the stand you could be intruduced with the wines of the new harvest from the brand Kataro who have yet to appear on the market.

Also on the stand you can be introduced with the top wine Karas 2013 Reserve blend  composed by Michel Rolland. Sales of this wines has recently been initiated by ” New Wine Company”. At the national stand of Armenia presented the main line of Karas, including two sparkling wines.

Lovers of “classic” sparkling wines especially noticed the high-mountain classic wine in the world and the first “classic” in Armenia – Keush of two indigenous varieties of grape – Khatun Kharji and Voskehat.

In the nearest future the most interesting wines, presented by a national stand of Armenia at “Prodexpo” will join the range of “New Wine Company.”

Opening of the Armenia in Wine Business club

Vayots Dzor region has the potential of new Burgundy